Our news and insights

As the year draws to a close, South Africans are looking forward to their annual holidays.

You might be embarking on a long-distance adventure to an exciting holiday destination. Or you might be staying at home to catch up with friends and family. Whatever you decide, chances are you'll be encountering more police roadblocks than usual.

The purpose of these roadblocks is to identify drunk drivers, check the validity of vehicles and driver’s licenses or to search for illegal goods. Every year we hear the staggering December death toll figures being released. South Africa has some of the highest road accident fatality numbers in the world standing at about 14 000 deaths per annum. Drunk- driving and speeding are the two biggest contributing factors which these roadblocks aim to address.

You could encounter two types of roadblocks: Informal and K78 roadblocks.

K78 roadblocks are less common and mandated by the National Police Commission. They are usually set up with the aim to apprehend a specific person or vehicle, and as such, the police is permitted to search your person and your vehicle. 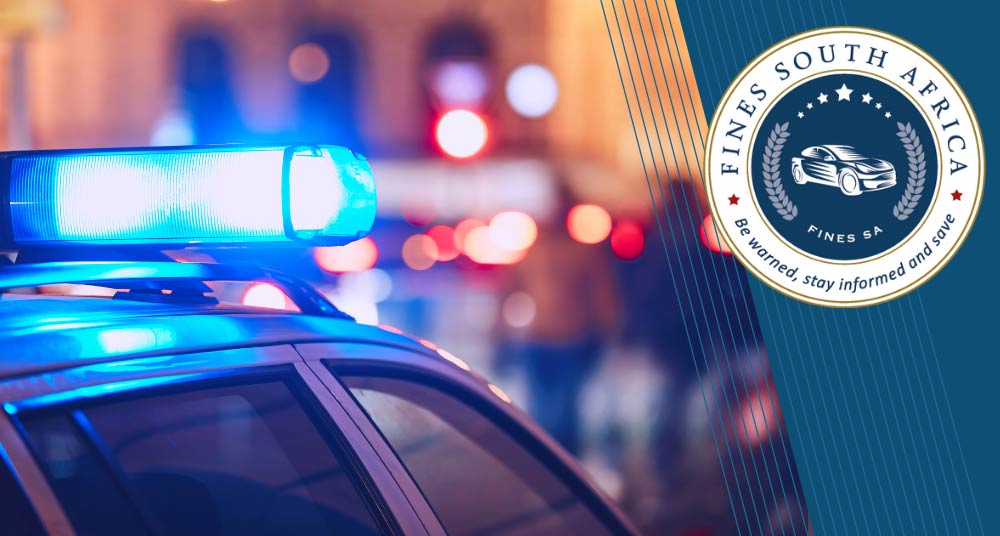 Informal roadblocks are more common and typically found on major roads or off-ramps. These roadblocks target mainly speedsters and drunk drivers. The police will usually check your driver's licence, vehicle license and vehicle’s roadworthiness. They can also legally check your ID number or licence plate for outstanding fines and warrants.

Police at roadblocks wouldn’t ordinarily be in possession of these warrants. But there have been instances where motorists were arrested because the officers could identify that a warrant was issued for the driver’s arrest.

In a situation like this, you should know your rights. The police cannot demand payment for outstanding traffic fines on the spot. Be extremely cautious if the person at the roadblock, in police uniform or otherwise, asks you to accompany them to an ATM to pay a fine. Do not agree to go.

Likewise - police cannot prevent you from proceeding on a journey because of an outstanding traffic fine, or arrest you for outstanding fines without following due process. But they can arrest you if they can prove a warrant of arrest has been issued against you.

You cannot avoid roadblocks, but you can avoid being detained. Here's how:


Find out your status - ahead of time

In many cases, drivers do not even realise that a warrant has been issued for their arrest. In South Africa, fines are often still posted. The traffic fine system is also not centralised, so you might not know about fines incurred in other regions of the country. The first step to avoid stressful roadblock situations is to know your traffic fine status. Fines SA has made the process easy and covers the broadest scope of South African municipalities. Click here to receive your free outstanding traffic fine report. But importantly - don't leave this too late. Paying a fine takes more than a day or two to reflect. Aarto and municipalities have backlogs, and if a warrant has been issued for your arrest they will have to go to court. Click here for more details.

What to do if you are arrested

In the worst case scenario - stay calm and remain respectful towards police officers. They are acting within the law. You have the right to ask a police officer to show you their appointment card, which must be carried at all times. Failure on the part of the officer to present this card is a red flag, as he or she might be impersonating a traffic officer. If you are arrested, the police must immediately tell you your rights and take you to the nearest station to be processed. You may legally film or photograph the police at a roadblock if you feel threatened. Although it might escalate the situation, it is within your rights to film. The police are not allowed to confiscate or damage your recording equipment or ask you to delete footage. It is not legal for you to be detained with the opposite gender. You can apply for bail at the station, and within two days, you have the right to appear in court to plead your case.

Save these numbers on your phone in case you need them:

To report misconduct by a traffic official, call the National Traffic Call Centre: 0861 400 800 or South African Police Service (SAPS) National Service Complaints Centre: 0800 333 177. Follow up with calls to the Independent Police Investigative Directorate: 012 399 0000 to escalate a complaint if necessary.